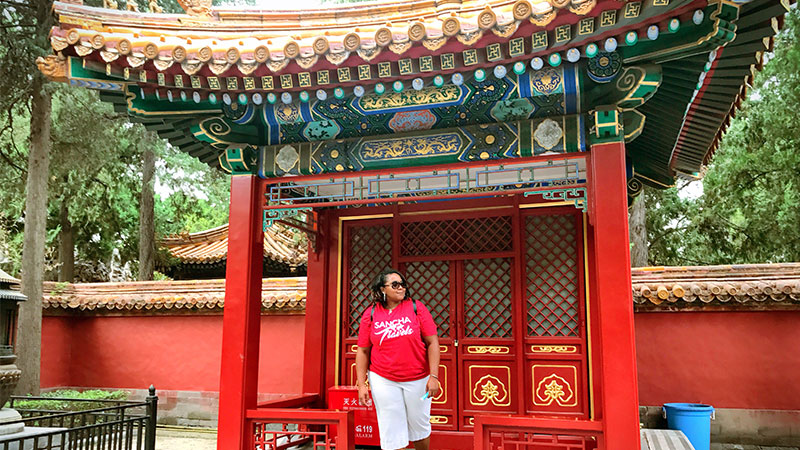 My travel goal was to visit the seven wonders of the world.  I did not have any plans to visit China, although I knew I would eventually have to go to see the Great Wall of China. As luck would have it, I happened upon a flight to China for approximately $500.00, that was about 5 months in advance of the travel time. I decided to book this flight because of the great deal offered.  After a while I literally forgot about the booking, until one day I got a reminder about the trip. I had so much to do if I wanted to make this trip. So, in a very short span, I had to get a Chinese visa, book my tours and hotel, and get ready for the trip.  Despite the rush, and some anxiety, I was not disappointed with this trip. My trip to Beijing offered more than I had bargained for.

The Chinese visa process presented a bit of challenge, that was nerve-wracking to me.  The application for the visa had specific instructions that had to be followed to the tee, or it would be rejected.

The tour that I found offered 3 full day tours of Beijing, including the Great Wall of China, which was my main goal for wanting to go on this trip.  My hotel stay was at the Swissotel, Beijing, Hongkong Macau Center.  The location was perfect as it was near to the Metro station and conveniently located in a prime commercial and diplomatic district.  The flight to China lasted approximately 13.5 hours, with a layover in Detroit.

My first day began with a visit to Tiananmen Square.  There were a lot of preparation going on for National Day, which was a day to celebrate the founding of the People’s Republic of China.  The square was filled with people who seemed to be excited in anticipation for the celebration that would take place.  Tiananmen Square is the location of the 1989 student-led demonstrations for basic human rights, for free press and against a Communist-led government.  Thousands of people were arrested and hundreds died in the protest when the Chinese troops stormed the square.  As I listened to the tour guide, I thought of the irony in this whole situation. A preparation was in place for the celebration of a Communist country, where there was a massacre for people who wanted freedom. I had mixed feelings while I looked around at the crowd, and wondered if the memory of the massacre was already erased from the minds of the celebrants. I could not help but contemplate how privileged we are to be able to have freedom of speech in our country. Next stop was the Forbidden City – a palace complex, which served as a home for the Chinese emperors, their families, staff and local government.  The City lasted from the Ming dynasty to the Qing dynasty from 1368 to 1911.  The Forbidden City got its name because commoners were not allowed into the palace.  The city is painted in yellow for earth and yellow for happiness, and I couldn’t help but notice how beautiful the architecture was. As an artist inspired by Asian art and design, I was in awe of the amazing details and vibrant colors. My third stop was the one most anticipated – the Great wall of China.  The Wall was built to protect the Chinese from the Mongolian warriors. We entered on the side of the Wall that had less damage, as there was a lot of restoration going on when we visited.  The Wall spans 13,170 miles, but our journey lasted one and one-half hours at which time I walked approximately 5 miles.  The Wall was built of stones, brick and wood, and I wondered how long it took the Chinese to complete such a magnificent structure.

Remarkably, this was only DAY ONE of three full days. It was a whirlwind tour to three amazing sites and I enjoyed every moment. I was so excited to see amazing architecture, the detail, the colors and the history that surrounded them.  I have always been attracted to Asian art and culture. Being in China and seeing everything firsthand gave me a sense of wonderment.

Day two began with the tour of the Jingshan Park, a spectacular imperial landscape garden in the center of Beijing, covering a 479-meter high hill that provided the best panoramic view of the Forbidden City.  Throughout the park, we experienced the authentic lifestyle of old Beijing, through  their Tai Chi, dances and other activities.  Despite the numerous steps to the Jingshan Park, the view from above compensated our efforts – it was breathtaking. Our next stop was the Summer Palace, the world-famous the world famous imperial garden, constructed by the emperor in celebration of his mother’s birthday.  The Summer Garden composed of three main scenic areas: the palace area, lake area, and mountain area.  We boarded a dragon boat on the lake to get the best view of the Palace.  On the way, we saw the beautiful palaces by the lake.

Just when we thought we had seen it all for the day, our next visit was the Temple of Heaven, a complex of religious buildings.  The Altar, Echo Wall, and spectacular Imperial Vault were among the highlights of this visit. The fasting palace of the Emperor was quite interesting and we learned that the emperor would fast at the palace before he held a ceremony to pray for a good harvest. During this time the emperor would abstain from meat and wine. Day three – our final day of tours was just as packed as the previous days.  We began the day with a visit to the Confucius Temple. The beautiful reds and Magnificent details were a delight to the artist’s eyes.  What was even more precious was seeing young school children visit the temple with eager anticipation to learn about this great man.  We learned how the so-called “harmonious life” that so many Chinese saints and sages pursued came into being.  Just one street away was the Lama Temple – the imperial lamasery that was built in the Qing Dynasty. There we saw the world’s largest wooden sculpture of Buddha. It is a 26-meter high sculpture of Sakyamuni, the great sage of the West.  I was absolutely impressed with the detailed architecture and the vibrant colors this temple possessed.  It is my opinion that in the past, there was more emphasis on details in the Chinese architecture, than  there is today. China is definitely not a quick plane ride away; however, being able to see as many sites as we did in three days is quiet impressive.  Due to the smart timing arrangements of this tour, there was absolutely no opportunity to visit any shops or to be lured by over-priced items that only apply to tourists.  Any additional time you had could be spent shopping. I was grateful for this exhilarating, whirlwind tour, that showed me Chinese cultures, architecture, gardens, and temples; something a tourist focused on shopping would have missed.

On my fourth day, however, I visited Wangfujing Street, or as it is commonly called, “scorpion street.”  As the name suggests, this street is dedicated to vendors who sell items such as:

Needless to say,  I did not try any of it; however, it was quite an interesting cultural experience. Beijing has a lot to offer.  The option of seeing the City in a short span of time, gave me the opportunity to visit important monuments, see and learn of the culture, and experience the ranges of architectural styles. 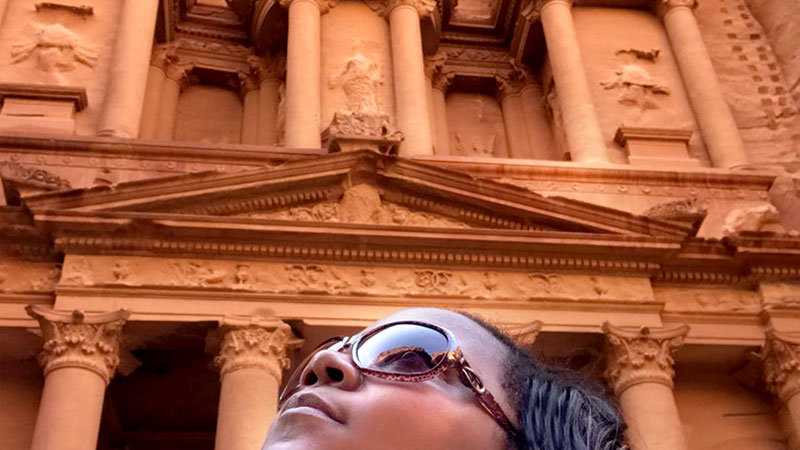 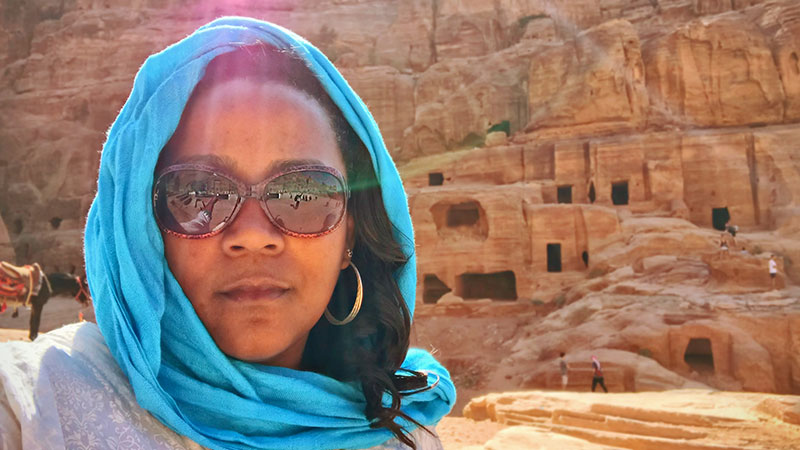