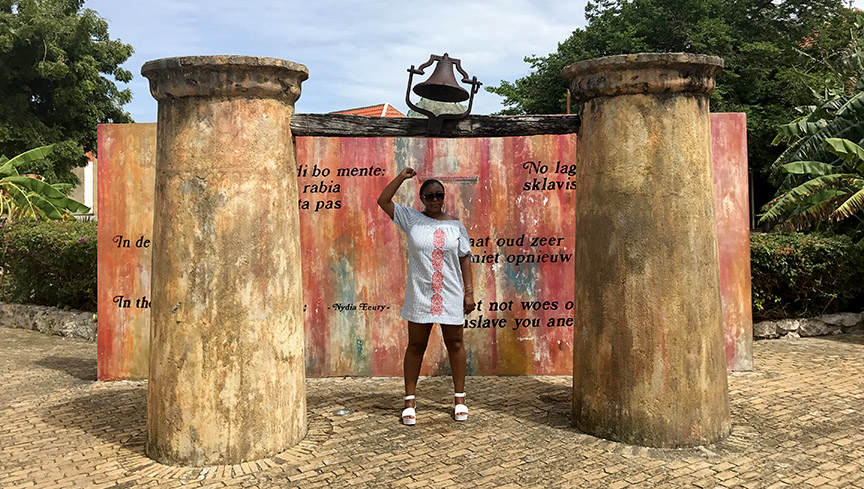 Being black in America carries a stigma. Oftentimes there is a negative connotation about blackness. Having had the opportunity to travel to different countries and experience different cultures, I have come to realize that the world view of blackness or being is similar to the view espoused in American. There are so many preconceptions and assumptions made of people of colour, no matter where you are; America, Asia and even Africa.

I recently visited Curacao, and was prompted by a native to tour the slave museum. Now Curacao is a very unique island with a unique mix of cultures due to a diverse population made up of persons from Holland, and other regions of the Netherlands, as well as various Caribbean territories, including Jamaica; all around making Curacao a melting pot. Despite this diverse culture, with the majority of the population being Afro-Caribbean, what I found was that there is still racism and blacks are looked upon and treated differently in Curacao. I was invited to visit the slave museum by a native Curacao woman. What stood out the most for me on the tour of the slave museum, is that throughout history, black people were never given a fair measure of life and opportunities for advancement. Ours is a history of challenges; always overcoming one obstacle or another; always fighting to improve our lives and prove ourselves a valuable part of the human race. What made me most proud however, was the fact that even through all of this, black people still to this day continue to fight, continue to move forward, continue to press ahead; “and still we rise.” In the initial stages of the tour there were a lot of artifacts featuring the Roman Empire, as well the story of Jesus. One could link all of these stories back to Ethiopia and to Africa in general. We were then ushered into another section of the museum that was located within a courtyard with several buildings on the perimeter. In the middle of the courtyard stood a sculpture bearing the resemblance of a face or a skull but when one looked closely at the sides (left or right) one could clearly identify the outline of the African continent. The African Art Exhibit depicted early African life. We saw spears, huts, mud homes, entrances to homes where the doors were made of solid mahogany, architecture of Cairo, examples of Islamic architecture, how ships were made, and the African way of life prior to slavery. During that era, we could see how black men lived like kings. Again, there was a lot of reference to the history of Ethiopia and Egypt. We were also shown art from other areas of Africa. These were an interesting compilation of shapes that were bright, boisterous and beautiful with vivid, bold colors.

We were next taken to an area that discussed the timeline of the Middle Passage between 1441 and 1861 from the time of Henrique the Navigator, the Emancipation Proclamation in the United States. An example of a slave house was on display that showed how slaves lived. These huts were made of solid concrete on the bottom, with thatched roofs made of palm leaves.  There were also images of the typical African family before slavery with mother, father and children all living as a happy unit. Photographs of wealthy black men attired in fine robes and nice garments could be seen throughout the exhibit. In the beginning of the discussions of how and when slavery began, there was an account of the Triangular Trade. The Triangular Trade refers to the shipping of goods from Britain to West Africa in exchange for slaves. These slaves were then shipped to the West Indies in exchange for sugar, rum and other commodities, which were in turn shipped back to Britain. Next, we came to the Caribbean Slave Exhibit. This exhibit showed the most vivid depiction of slavery and all its horrors. We saw chains and shackles used to restrain the slaves. There was also detailed discussion of the Suriname Maroons; Western Africans who managed to escape European enslavement. I was completely overcome with was the slave ship. The slave ship was elaborate and remarkable considering the time is was made and used. While we could not see the inside of the ship, as we walked past there was an opening in the floor leading to a lower level. This was the place where black people were shackled and chained for months on end, in filthy, inhumane conditions while the ship traveled from the coast of West African to the Americas. The thought of carrying human beings in such condition was very disturbing. It was then that the whole reality of slavery hit home, and I pondered on the immense suffering of the black race. Looking from the outside on such and impressive vessel, one could not come to the reality that such a vessel could hold such horrific, inhumane suffering and atrocities in its belly. When I considered how these people were taken from their home, from their lifestyle without consent or desire and forced into this system of slavery, it made all the accounts in the history books more than just stories; it made it real. There were displays of slavery in America. The most compelling part of that exhibit was how colored people were considered and treated as property. There were photographs of sale signs (owners selling slaves), signs of owners offering rewards for runaway slaves or of owners looking for slaves that were kidnapped by other white men. The life of the black man was measured only in monetary worth.

One part of the exhibit showed Marcus Garvey and was dedicated to his role as a black leader, liberator and pioneer for the emancipation of the black race. There was an ‘eerie’ display of the Klu Klux Klan (KKK) uniform, and displays of the Buffalo Soldier and the role they played in the American Civil War to bring an end to slavery. This immediately brought to my mind the song of the same title by Bob Marley. The museum tour ended on a high note however that enforced the fact that although our race was enslaved we have made mammoth strides. We have great examples of individuals who pioneered this change; Malcolm X, Martin Luther King, Marcus Garvey, Rosa Parks and more recently, our 44th President, Barak Obama. An exhibition that started out as a very sad yet informative telling of our history, towards the end made me realize that no matter where we are, how far from home we travel, we all belong to the human race. As humans, we have done grave injustices to each other. During the dark period of our history, blacks we treated as property to be bought and sold at the White man’s whim. Our race was treated so horribly, yet we are still here today, fighting in our country, in our communities even in our own families for the right to be treated fairly and equally. The wonderful thing that makes me most proud is we are still fighting; we never give up. Throughout different eras of history we were oppressed time and time again, and even now in present day politics it is still evident. But I look up to my race as a people who never give up, a people with an indelible spirit. Leaders have emerged from among us that give us great examples of people who don’t give up, nor take the easy way out.

No matter what, as Maya Angelou appropriately states, 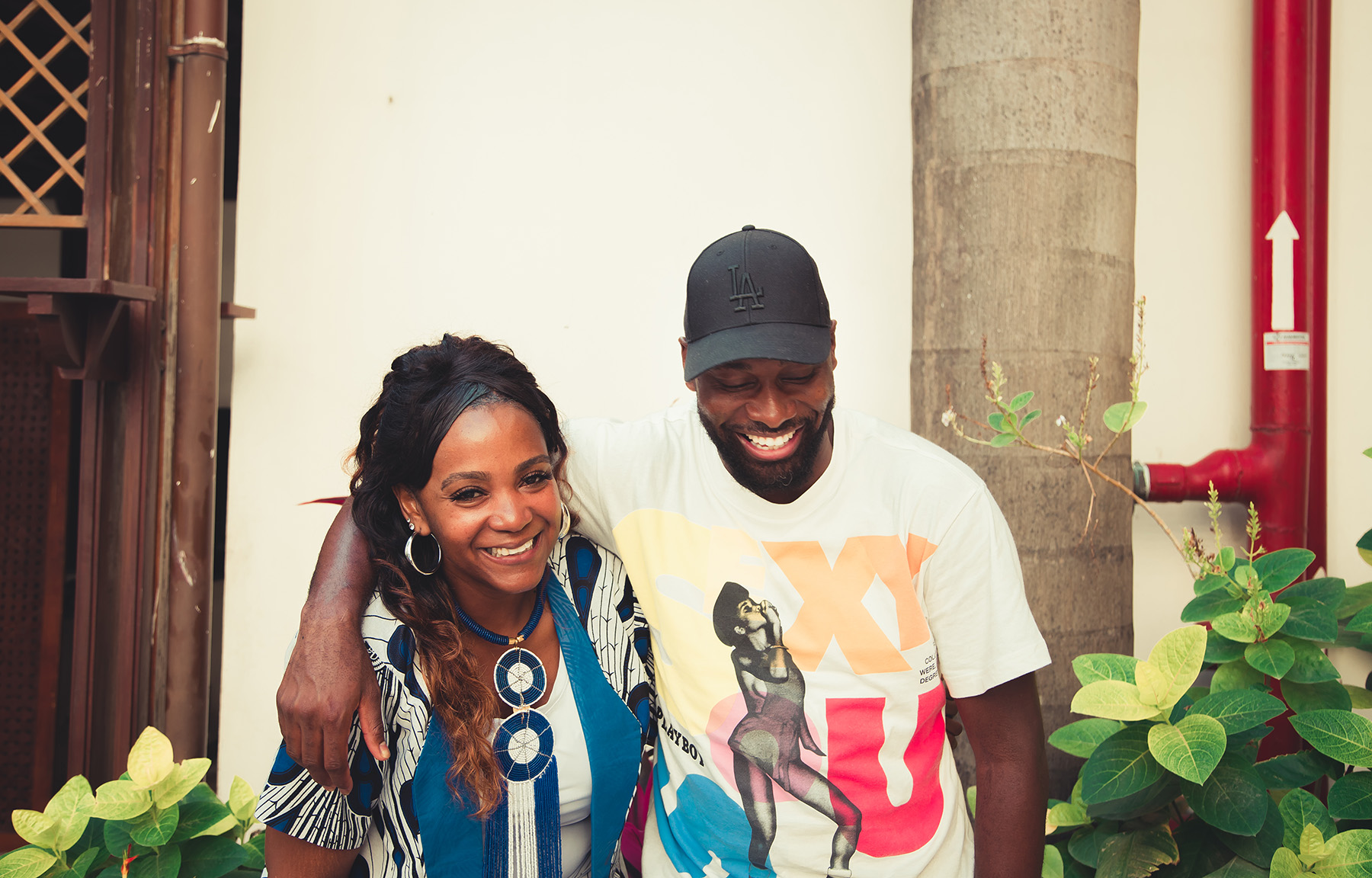